As a new Study shows: Berlin’s Population is growing in the next 15 Years by nearly 5%. Furthermore Real Estate Prices will rise by almost 15%. 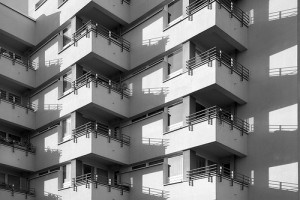 Berlin sets up a new record again: Nowhere else in German cities is the population growing as much as in Berlin. And with the increasing population the demand for tenements rises too. According to a new study there will live 4.75% more people in Berlin in 2030 which leads to a further increase of housing prices by 14.49% in the next 15 years.

In accordance with the study „Wohnatlas 2016 – Leben in der Stadt“ is this upgrowth mainly caused by the continuing inflow of refugees and the ongoing positive net migration towards Berlin. The appropriate experts assume that with each percent Berlin’s population is growing prices of condominiums rise by 3.5% and housing prices by 1.9%.

„The inflow of refugees does not directly affect housing prices but it provokes a so-called cascade effect“, the experts write: Because newcomers need mainly low-priced tenements already existing demand rises steeply which leads to an overall upward trend in rents. When rents get more expensive people invest in privat owned apartments or houses what, again, pushes the amount of needed investment capital.

Interestingly, for the above mentioned scenario the experts take an abrupt abatement of the refugee crisis for granded. Their analysis bases on the fact that till 2030 just one milion refugees will come to Germany. Just as much as in the year 2015.